Pretani Associates have now travelled throughout the Donegal Gaeltacht conversing with native speakers. Ulster Gaelic (Gaeilic, Gaedhlig or Gaidhlig Uladh) occupies a central position in the Gaelic-speaking world, consisting of Ireland, Scotland and the Isle of Man. It is usually divided up into West Ulster Gaelic as outlined in this map, where it is still spoken, and East Ulster Gaelic in Inishowen, Fanad, Rathlin, the Glens of Antrim and Arran, where it has generally become extinct. But remnants of an older Brittonic or British tongue are present in the Gaoth of Gaoth Dobhair or Gweedore in the Gaeltacht itself. 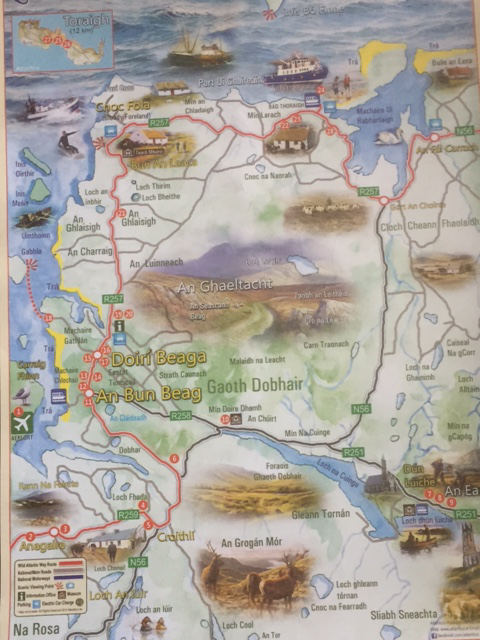