A Journey to the Immortal Isles, Immram Brain maic Febail 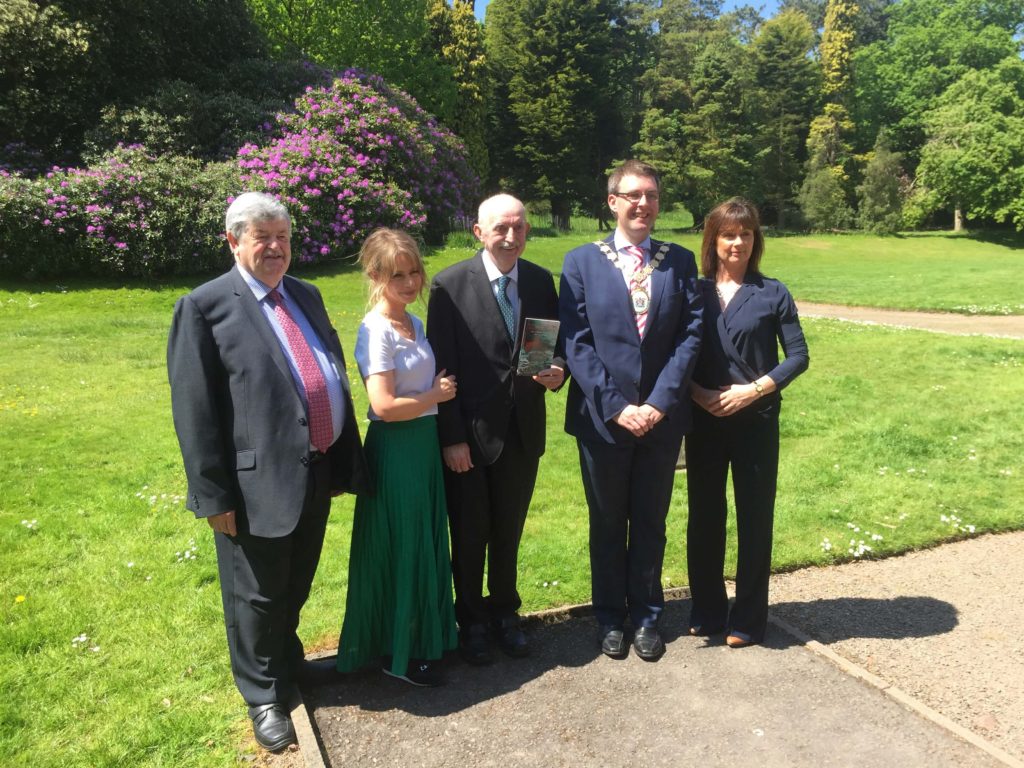 This latest book by Dr Ian Adamson, A Journey to the Immortal Isles, Immram Brain maic Febail – the Voyage of Bran, Son of Febal was launched by Councillor Robert Adair, Mayor of Ards and North Down on Tuesday, 29th May, 2018, in Bangor Castle, near to where the story was first written. In attendance were Wesley Hutchinson, Professor Emiritus of Irish Studies at the Université Sorbonne Nouvelle-Paris 3, representatives of the Ulidia Project, The Three Kingdoms of Ulidia Historical Groups, Dalaradia, Dalriada and Dal Fiatach, the Ullans Academy, the Ballyhalbert Community Association and several local community groups.

Thanking the Mayor for his support, Helen Brooker of Pretani Associates said: “It gives me great pleasure in following up our interest in the Common Gaelic tongue. I hope that it will provide a means whereby the common traditions of Gaelic in Ulster, Scotland and the rest of Ireland will achieve more acceptance throughout the community at large, as well as increasing knowledge of the older Pretanic (Ancient British) and Brittonic (Old British) traditions which preceded them. This book is sponsored by Pretani Associates, Consultants in Common Identity, and forms part of the Pretani Education Programme, promoting one cultural narrative for the British Isles to which all can belong. Copies of the book will provide an educational resource for voluntary groups throughout the whole community”.

A Journey to the Immortal Isles, Immram Brain maic Febail – the Voyage of Bran, Son of Febal – possibly written in the eighth century and not later than the ninth, tells the story of Bran’s adventure to the Otherworld. It is a beautiful half-Pagan and half-Christian tale, which still has resonance today in the works of such authors as J.R,R Tolkien and C.S.Lewis. Dr Adamson, already known for his books The Cruthin, Bangor, Light of the World and Dalaradia, Kingdom of the Cruthin, traces the Pretanic, Brittonic and finally Gaelic traditions of Bangor, Co Down, the cradle of Irish literature, and demonstrates its universal theme in the search for Paradise.