A Journey to the Immortal Isles Launch – Dalaradia Historical Group

On Thursday 7th June, 2018, Pretani Associates had the pleasure of a second Launch of Dr Ian Adamson’s new book, A Journey to the Immortal Isles, Immram Brain maic Febail – the Voyage of Bran, Son of Febal. This was organised by the Dalaradia Historical Group, of which Dr Adamson is Patron, as part of the Pretani Education Programme. Dalaradia was one of the Three Kingdoms of Ulidia or Ancient Ulster, the others being Dal Fiatach and Dalriada. At its height Dalaradia consisted of most of the modern County of Antrim and was to include Dalriada in the North East when Ulster Dalriada was defeated and its seat of power was changed to modern Scotland. The Dalaradia territory in County Down was cut off following the defeat of the Pretani or Cruthin at the Battle of Farset (Belfast) by the Dal Fiatach in 665 AD.

The Book Launch took place at the White House, a location that perfectly reflected on the story given its history. The White House, which has recently been restored, has nestled on the Northern Shore of Belfast Lough for over 400 years. It tells both the story of the Williamite and Jacobite Wars from a European perspective and the story of this historic building’s past right up to the present day. The building itself dates back to the 1500s but the most famous story associated with it is in 1690 when William of Orange landed at Carrickfergus on the 14th June. William’s army landed at the ancient quay near the White House and William rode from Carrickfergus where he met up with the great General Schomberg.

Dalaradia has written: “A very enjoyable night and many thanks to Ian, as always, you could hear a pin drop during his ever popular and enthusiastic story telling. To get a copy of the book – please visit http://www.colourpointbooks.co.uk/more_details.php?id=1950” 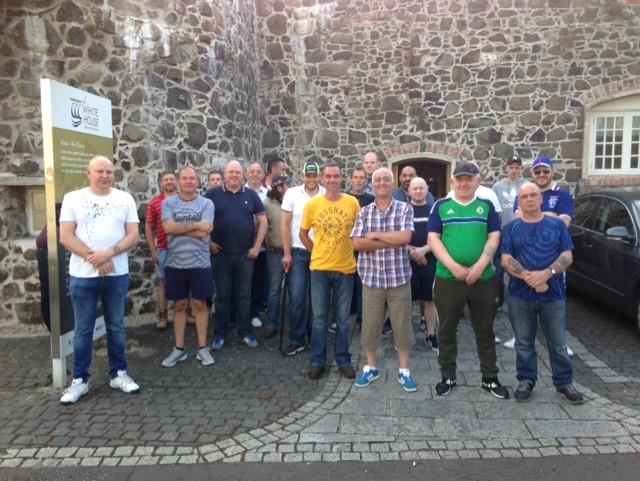 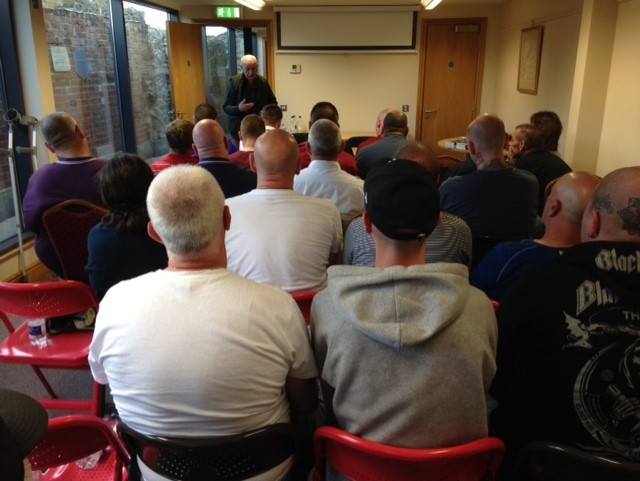