Early Pretani necklaces and bracelets would have been made from bone, teeth and stone using pieces of animal sinew, or pieces of carved bone to secure them. The oldest piece of Pretanic jewellery, an engraved shale pendant, was found at the site of Star Carr in North Yorkshire in 2015 and is on display in the Yorkshire Museum. The engraving contains a series of lines and it is the only known engraved pendant made of shale found in Europe.

With the development of trading and metallurgy, new techniques and skills evolved allowing jewellery and other artefacts to be made from metal, beginning with copper. It was discovered if copper and tin were combined a superior metal could be created which became known as bronze. The working of bronze commenced in the Isles of Pretani between 2200 – 2000 BC. It is known that tin was imported from the area known today as Cornwall to an area known today called Rossisland near Killarney, Co Kerry. The copper produced in Co Kerry was exported as a valuable trading commodity to the other Pretanic islands.

As mining and metallurgy skills evolved, the development of bronze would be followed by the discovery of gold, silver and semi-precious stones. It is known that amber was imported into the Isles of Pretani from the area now known as the Baltic and gold would have been imported from Brittany. Discoveries of artefacts from the age of bronze making are; the bronze pendants found at Dowris in Co. Offaly; the Morvah Hoard, dating from the late bronze period 1000 – 800 BC, found in Cornwall, England; and a gold ornament, probably once worn as a ‘hair tress’ was found in the North Pennines. 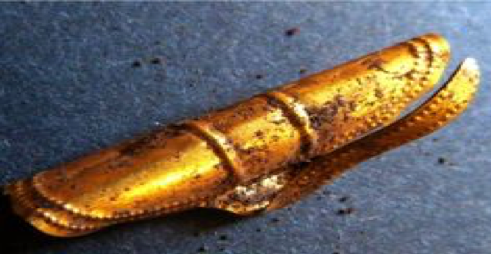 Found in the North Pennines is a gold ornament, probably once worn as a “hair tress”. 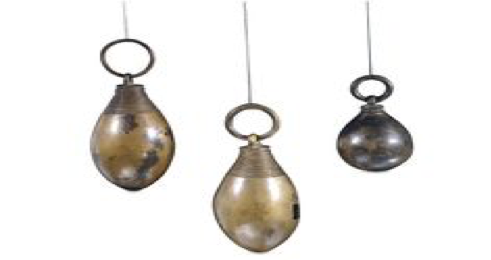 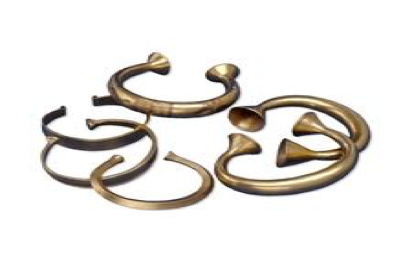