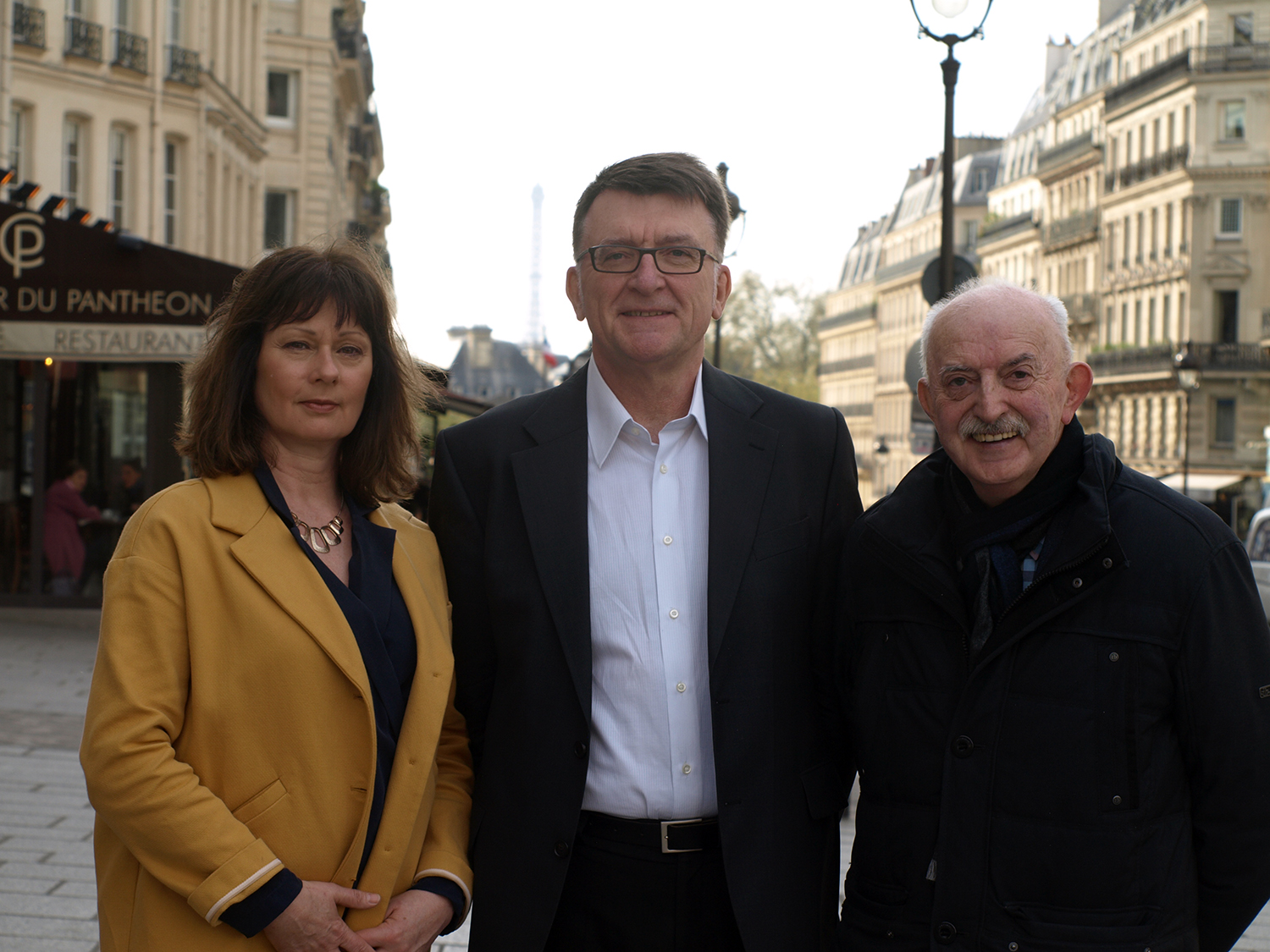 Ironically, it’s easy enough to think of things which are equally beloved by the whole community in Northern Ireland: Comber spuds dripping with butter, Tayto Cheese ‘n’ Onion crisps and the creamy pint of Guinness, to name but a few…

So why is it that people in Northern Ireland simply can’t stomach each other?

This is the question that has focused the minds of common identity strategists Helen Brooker and Dr. Ian Adamson OBE for the last four years.

Under the banner of Pretani Associates – the Pretani were the first people of the British Isles – Mrs. Brooker and Dr. Adamson were invited to the Sorbonne in Paris early in April, 2017, to launch their strategy in the European intellectual heartland of the humanities.

Brooker and Adamson’s project seeks to use the early history of these islands as an antidote to the poisonous legacy of Northern Ireland’s recent, ‘troubled’ past…

The Universite Sorbonne Nouvelle faculty, was, not unlike the Northern Ireland Troubles, born out of major civil unrest in 1968, so the choice of venue was, in fact, appropriate – while the original university can trace its roots back to the 12th century.

Pretani Associates were hosted by Senior Professor Wesley Hutchinson, a native of these parts, who now finds himself Professor of Irish Studies at France’s most renowned seat of learning.

In the hallowed surroundings of the Grand Amphitheatre, Institut du Monde Anglophone, a rapt audience made up of professors, undergraduates and master’s students heard how Northern Ireland is still riven by sectarianism, decades after the end of the conflict which left over 3600 people dead.

Cultural confusion has denied the population of Northern Ireland any sort of deep peace dividend, Pretani Associates contend, and old animosities are kept on the boil by a never-ending cycle of enquiries into atrocities and the machinations of the two main political parties, Sinn Fein and the Democratic Unionist Party.

Common Identity on the other hand, highlights the commonalities between the two tribes of Northern Ireland, and from a standpoint of mutual respect and conscience, would seek to remove the ‘branding’ which creates division, and thereby stimulate cultural, economic and political stability – the cornerstones – along with prosperity, of any successful society.

The Pretani Associates pairing of former nurse and founding Chair of East Belfast landmark Belmont Tower, Helen Brooker, and retired pediatrician and politician Dr. Ian Adamson, were supported on their mission by hefty, no nonsense, leading Loyalist Robert Williamson, whose Dalaradia Historical Group are converts to the Common Identity cause, enabling them to explore a broader perspective to their particular history.

Commenting on the new initiative, strategy co-author Helen Brooker said, “Common Identity is something we all share. The cultural instability which is holding Northern Ireland back socially, educationally, financially and developmentally is caused by people’s perceptions about their culture and other people’s cultures. What Common Identity does is remove the old triggers which constantly cause friction and conflict here, and offers the hope of a stable, normal society.”

Dr Ian Adamson OBE added, “The Pretani were the first people of the British Isles, and that’s where our organisation takes its name and inspiration from. Everyone in this country, regardless of religion or politics, shares a common identity stretching back to ancient times. If we concentrate on what we have in common, and set aside recent differences, we can find lasting peace and harmony.”

Anyone wishing to find out more about Common Identity can visit the Pretani Associates Facebook page or their website at Pretani.co.uk.