The Pretani Education Programme – Why are they called the British Isles?

Between 330 and 300 BC the Greek geographer and voyager Pytheas, in his Concerning the ocean, gave us the earliest reference to the British Isles, calling them the Isles of the Pretani (Pretanikai nesoi),  probably an indigenous name, the meaning of which we will never know. The name of the island of Islay is of similar pre-Indo-European origin. The Pretani were the ancient people of the Bronze Age, a truly Golden Age, in which artisans were more in evidence than warriors. Julius Caesar, following his invasion of 55BC, changed the P of Pretani to B, following the custom of the Celtic-speaking Gauls, thus giving us the name Britanni or British. The Gaels changed the P of Pretani to Q, thus giving us Qretani, which was to become Cruthin. 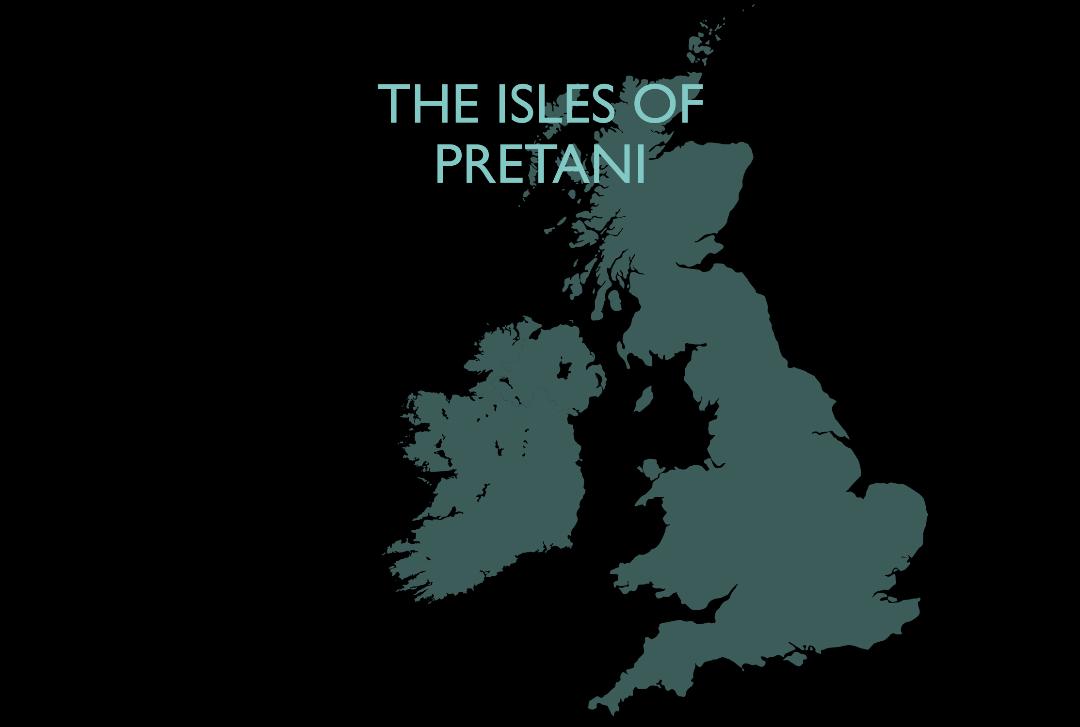